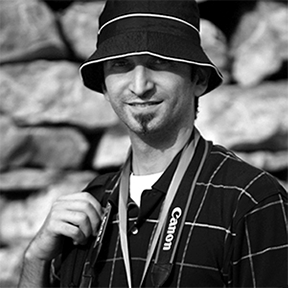 He was born on 1981 in Tehran-Iran and started photography at an early age, but taking photos was only a hobby, till 2007 that his enthusiasm for photography had a twist of fate and turned into an obsession. Since then he pursues photography with his exemplary passion for this activity, despite being a full-time Civil Engineer.

During the last few years, He has participated in many international photography contests and this has brought him more than 18 prestigious Awards, as well as 11 “Certificate of Merit” from PSA, and 2 well-respected Photography Distinctions from FIAP. Following his success in these competitions, on May 2016 he became the first Iranian who receives a ROPA Title (Recognition of Photography Achievement) from PSA.

Borna is also active in the field of Stock Photography and his pictures are purchased as editorial or commercial royalty-free licenses through International Stock Agencies to be used in Graphic Designs, Advertisements, Magazines and websites, all around the globe.

Despite his achievements, Borna believes that he’s just at the beginning of a long journey and yet has a lot to learn and achieve in this long and winding road.